Shaza Saleh, is the current president of the Saudi Society for Speech-language Pathology and Audiology (SSSPA) and the previous president of the Arab Academy of Audiology. She is a seasoned consultant audiologist and cochlear implant expert with a passion for planning and development especially in the field of Audiology and particularly in the area of implantable auditory devices and neonatal hearing screening. She is currently the head of Audiology at King Abdullah Ear Specialist Center in Riyadh and a member of the a member in the Scientific Council for Medical Rehabilitation at the Saudi Commission for Health Specialties. After receiving her Bachelor’s degree with first honours in Audiology and Speech Therapy at King Saud University in 1998, she completed her MSc at University College London (UCL) in 1999. After which she joined King Faisal Specialist Hospital & Research Center (KFSH&RC) in Riyadh as an audiologist I in 2000, where she founded the Aural Rehabilitation / Therapy (ART) programme in association with the Speech Pathology Clinic in 2001. At KFSH&RC, she worked on the development and structuring of the cochlear implant (CI) programme (the first CI programme in Saudi Arabia) where she developed the cochlear implant evaluation protocol and candidacy criteria which were subsequently adopted, she was also involved in the planning (design plans, equipment and required personnel) of the new Audiology section. After around a decade of clinical experience she went to pursue her PhD in Audiology specialising in cochlear implantation and auditory implantable devices at the UCL Ear Institute while based at the Royal National Throat Nose and Ear Hospital in London. After receiving her PhD in 2013, she continued clinical work at KFSH&RC and was also involved in writing qualification tests for Audiologist in Saudi Arabia, planning for the development of the CI programme at KFSH&RC, collaborative teaching at King Saud University and Princess Noura University in addition to collaborative research projects with different academic institutions. She moved to King Abdullah Ear Specialist Center (KAESC) early 2017 as the Head of Audiology to help further development of the largest National Cochlear Implant in Saudi Arabia. Her writings and publications include contributions to scientific journals, various public education articles, web pages and pamphlets both in Saudi Arabia and in the UK [in association with the Deafness Research UK (DRUK)]. She has been an invited speaker, a keynote speaker and/or instructor at numerous regional and international conferences. Her research interests include binaural hearing, noise induced hearing loss, implantable auditory devices including improving performance with cochlear implants, assessment of speech perception and the development of auditory test materials in Arabic. 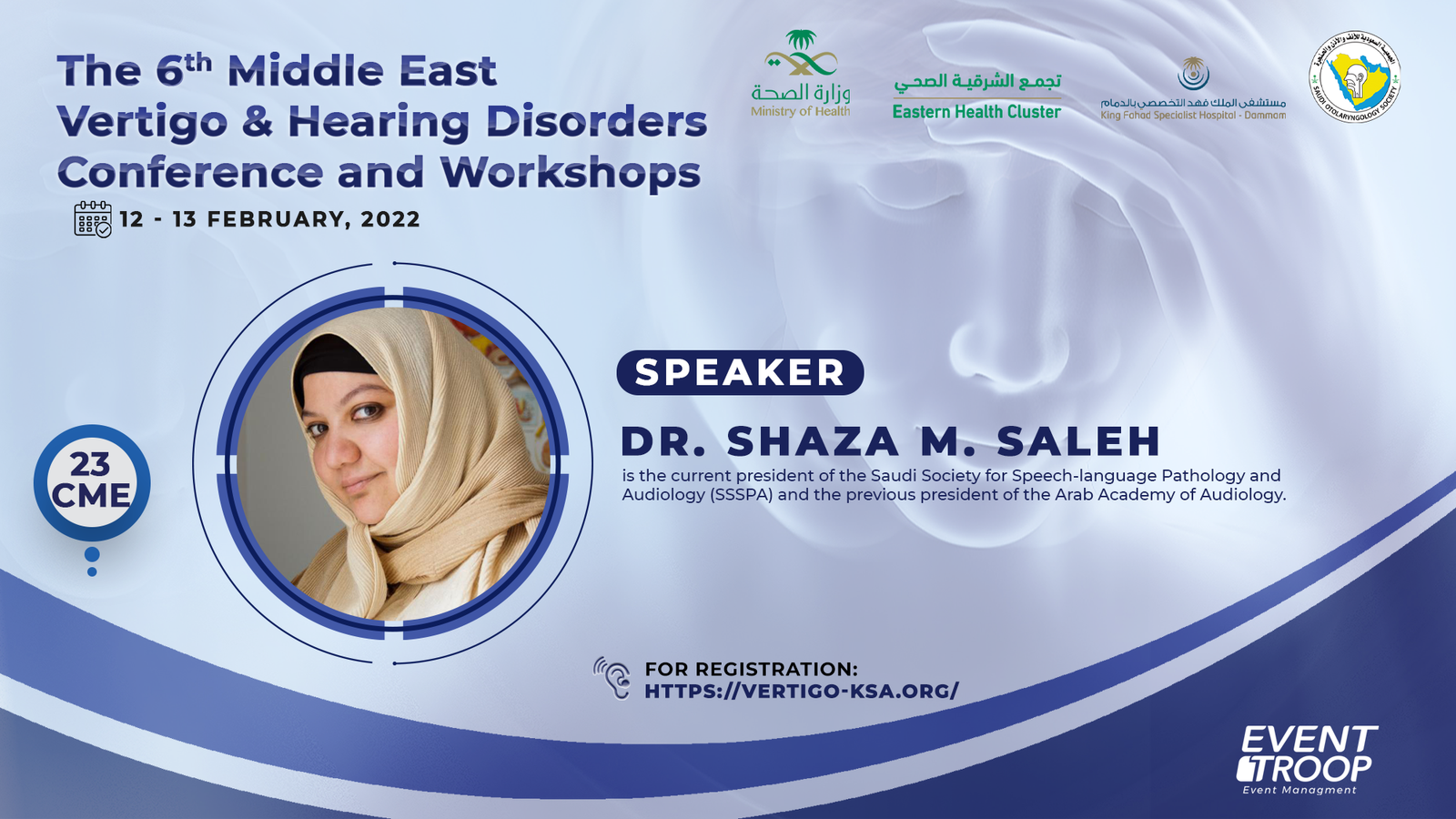